At the beginning of the year, the media reported on widespread ratings decline for NFL games, citing a variety of reasons including the 2016 presidential election taking up TV time, protests from NFL players making the game seem political, and recent bad press about concussions.

Comparing the 2014, 2015, and 2016 seasons, it is pretty obvious that there was a big decline especially between last year and this season, considering the slight uptick from 2014 to 2015.

Here are the ratings: 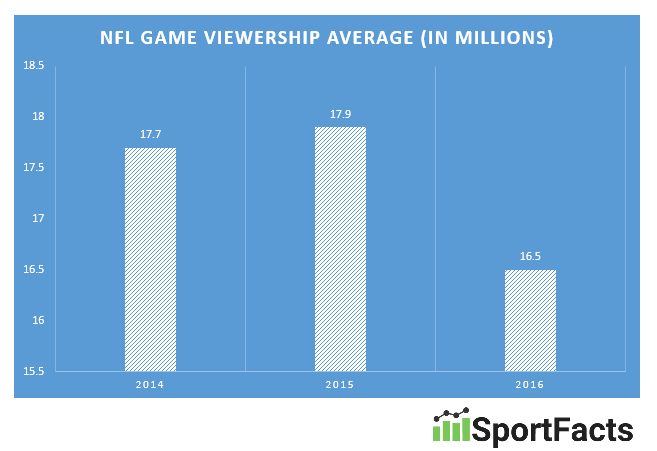 We’re not certain there’s one reason behind this drastic decline for the 2016 season, but it does seem likely that it’s a mixture of several things, with clear signs that games around the election took a big hit in ratings. If ratings increase during the same time next year, this might offer a bit more proof for the above case.

Here are some other fun facts from the data: