There are a lot NFL fans – TV ratings suggest that over 60% of Americans tune-in on occasion throughout the season to watch games, the largest percentage for any sport in the US. But then there are NFL fanatics, who watch pre-game coverage, flip between RedZone and their favorite team’s game, keeping one eye on their fantasy football app, and then immediately turning to social media to discuss and review highlights throughout the day.

It’s possible to watch close to 20 hours of NFL games a week, with Thursday Night Football, Sunday coverage all day, and then Monday Night Football. There are plenty of people who do this (about 5% of NFL fans surveyed said they try and watch every time slot).

So what drives these all-day viewers into a weekly binge of gridiron? The biggest non-team specific incentive to watch more football, it turns out, is active participation in a fantasy football league.

We wanted to learn more about exactly how much more being active in fantasy football encourages increased viewership, so we took a survey of 1,142 US-based NFL fans and found the following numbers:

Of those who call themselves NFL fans: 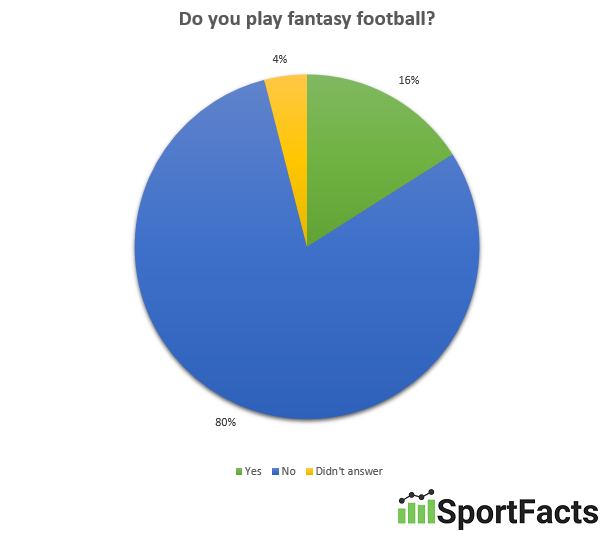 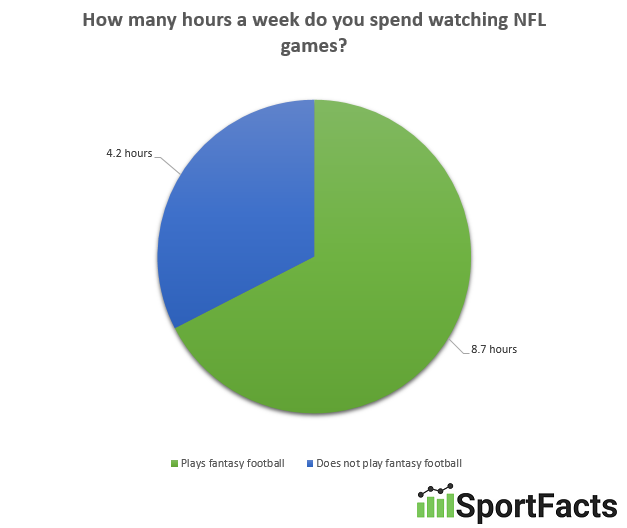 So what came first, the fanatic or the fantasy football player?

The majority of fans stated that when they started playing fantasy football, the number of hours they spent watching NFL games went up. There’s nothing quite like being down by a few points with your WR2 starting in an otherwise personally meaningless Monday Night Football game be able to draw you in to watch, right? 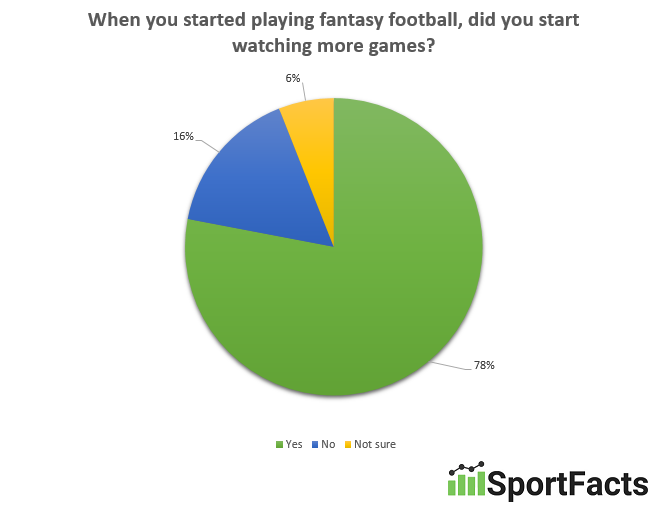