Every year we like to take a look at what player in each position netted the most penalty yards. It’s a fun analysis into what players are causing the most headaches for their coordinators.

Below you’ll find a breakdown of the most penalized player in each position, and a list of our 2018-19 NFL Season All-Penalty Team. Almost as good as being picked for the Pro Bowl, in our humble opinions.

Not a bad unit, which might point to the argument that it’s beneficial to play a little more aggressive. Minkah Fitzpatrick tops this year’s list of most penalized players with 152 penalty yards. It’s pretty normal for a CB to top the list every year, as a few pass interference calls can add up real quick. Of course he had ten of them, so he definitely has something to work on this off-season.

Now Philip Gaines on the other hand… He came in second on the most penalty yards by a single defensive player list with 131. But he managed to do it with only three flags. All three of them were over 40 yards, two of which were in the same game against the Chicago Bears. The guy gave up 90 penalty yards IN ONE GAME.

Several players made the list last year as well:

See the full lineup and the total penalty yards by each player below:

For clarity – each player above is listed as specific to their position type. E.g. Several OLBs had more penalty yards than Wagner and Onwuasor, but we wanted to include MLB and ILB-focused players as well.

As the editors of this site are based in Seattle, first and foremost we have to point out that Germain Ifedi DID NOT make the team this year, and for that we are grateful to the football gods for forcing Tom Cable out of the city.

It looks like the Cincinnati Bengals OL has offered up a generous donation of yards over the last season, with both Hart and Redmond giving up a total of 179 yards in penalties. Ryan Jenson tops the overall list of most penalized offensive player of the 2018-19 season giving up 120 yards in flags.

Here’s a fun fact for everyone reading. Not one single offensive player from the 2017-18 season made the 2018-19 season’s list. Great work, everyone.

Now here’s what we’re all here to see, and boy have we got some great news. Kameron Canaday, 2017-18 season’s title holder for long snapper with the most penalty yards, has made the 2018-19 team as well. Congratulations to him and his team.

We must confess for the punter and kicker players making the team, we expected to see Daniel Carlson and Pat O’Donnell flagged for false starts. But it actually turns out both of them got flagged for far more interesting penalties, a face mask and an unsportsmanlike conduct flag. 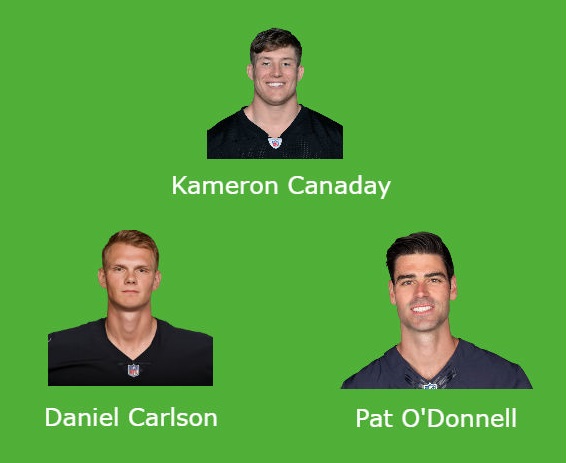