Depending on who you ask, most people who watch and report on the NBA have pretty mixed feelings about how quantity of fouls predicts team performance.

On the one hand, a team that minimizes fouls is giving up fewer offensive opportunities, limiting the number of free throws, and in general keeping their star players in the game.

On the other, an aggressive team called for a higher quantity of fouls might directly be able to affect the game with this aggression. The theory here being that a team getting more fouls called against them will often be playing harder, going for those extra blocks, rebounding more forcefully, and in general playing grittier basketball.

First, breaking down the top and bottom rankings:

The teams with the least fouls called against them (past four seasons):

The teams with the most fouls called against them (past four seasons):

So what does the rest of the data suggest?

We broke down the past four years of foul statistics for every team, and found some interesting data points:

The below trend line details that there is a slight correlation between teams that foul less and total number of wins: 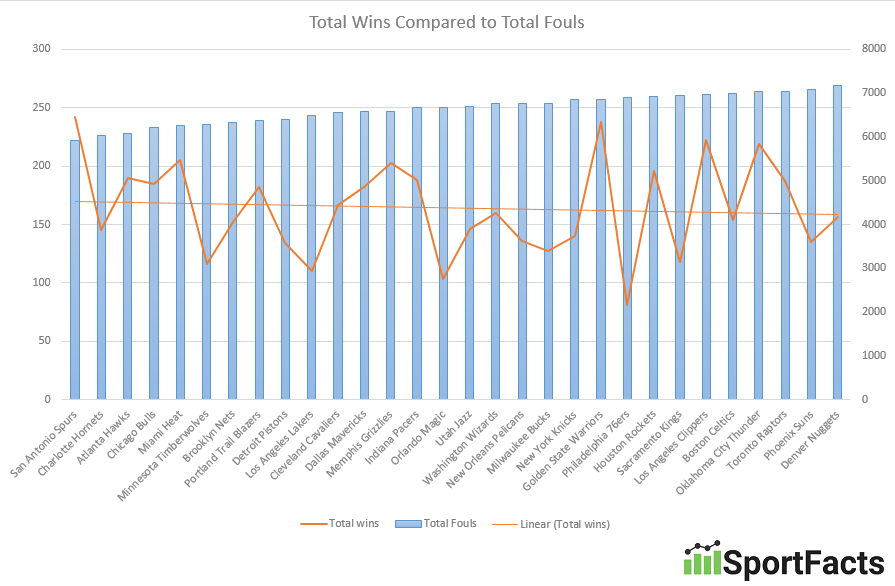 Get the full data set below, ranked by lowest number of fouls called against the team: