While a large percentage of NFL success can be attributed to good coaching, game planning, and execution, there’s no denying that there is an element of luck involved in most successful seasons.

Sometimes things like a bad flag shifting a game’s dynamic, a single player making a boneheaded play can end a team’s Super Bowl hopes. But worst of all, a season-ending injury to a key player can completely destroy championship opportunities.

In order to get a view of the most injured teams over the last year, we took a look at data over the past four seasons to see what teams have placed the most players on injured reserve. We pulled individual injury data from Sportrac, and compiled it annually for all 32 teams over the last four years. Below you will see the full breakdown of how many players each team has put on IR since 2015: 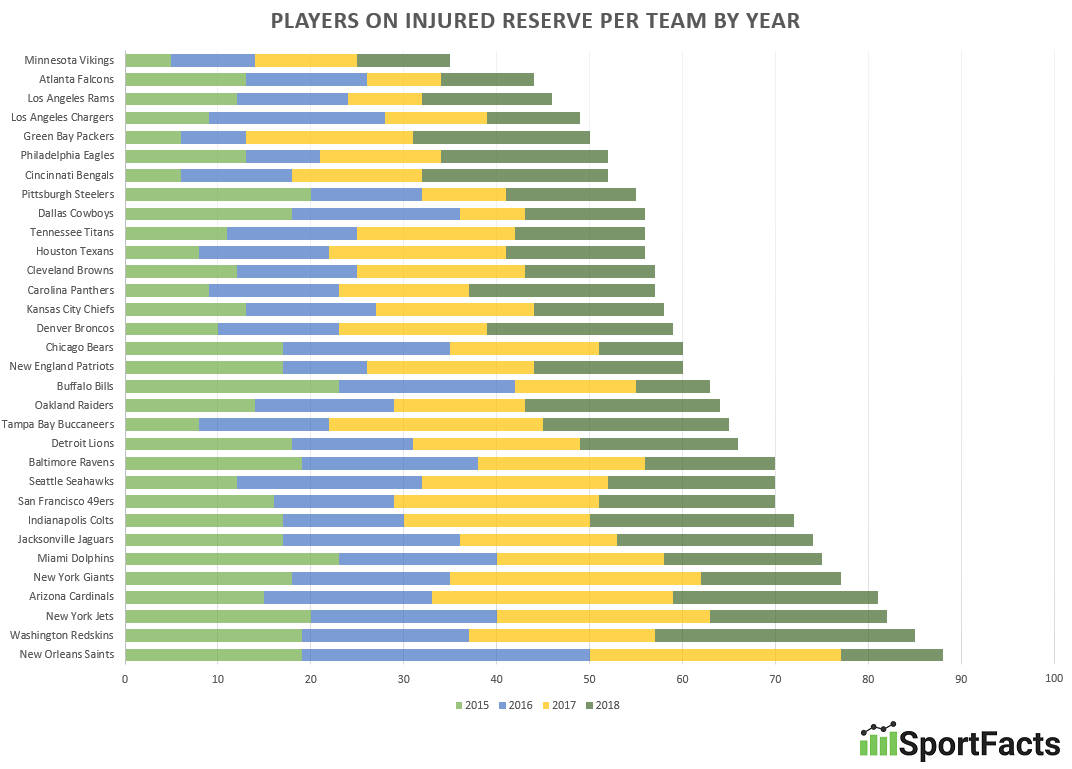 NFL injuries by year by team

Here is the breakdown by team on a table for those that want to play with the numbers themselves:

(*) made playoffs this season

Below is a total count of NFL players placed on IR league-wide: 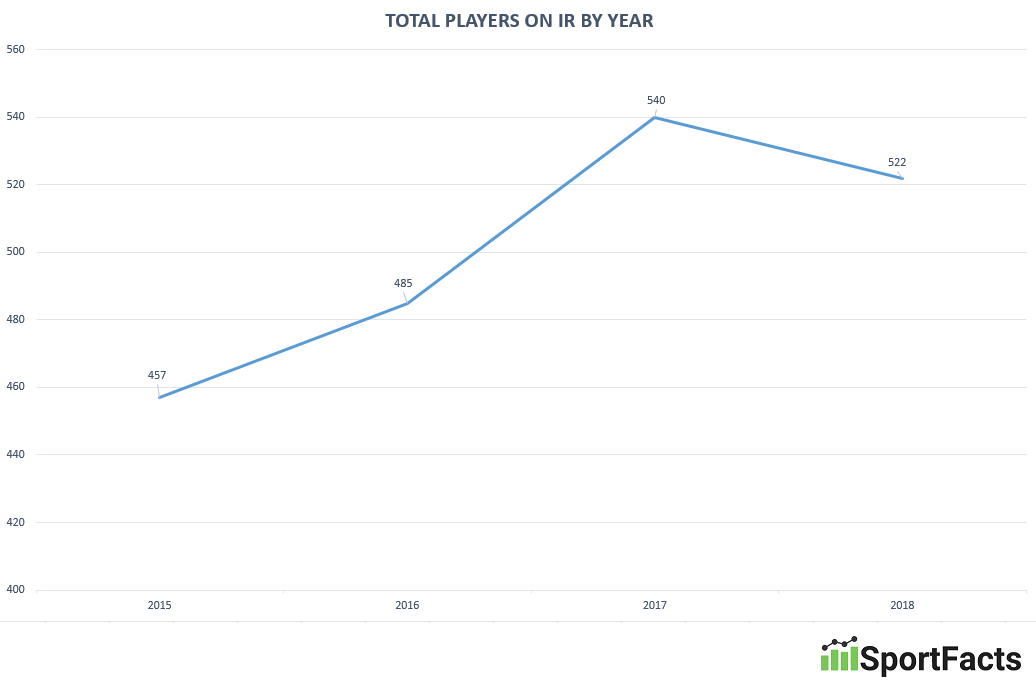