ESPN, one of the most recognizable names in sports entertainment, has had a rough year, with millions dropping their subscriptions and a massive layoff of some of their top talent.

Netflix, on the other hand, one of the most popular services in the world, just hit a major milestone: 100 million subscribers as of earlier this year.

We wanted to compare how much Netflix is spending on content to how much ESPN is spending, and found two very different stories. ESPN Spends Over One Billion Dollars More on Content Than Netflix, but with 10 Million Fewer Subscribers

There have been a lot of news stories as of late about how much Netflix is planning to spend on content This Year, with the number topping six billion dollars. They’re heavily focused on creating their own original content in order to avoid complicated and increasingly expensive contracts with third parties. This gives them the flexibility to distribute their shows internationally, making a more consistent experience no matter the user’s location.

But ESPN is still spending the most of all television and “television-like” services at over $7.3 billion on their content contracts each year.

Comparing total subscribers to how much each service is spending. 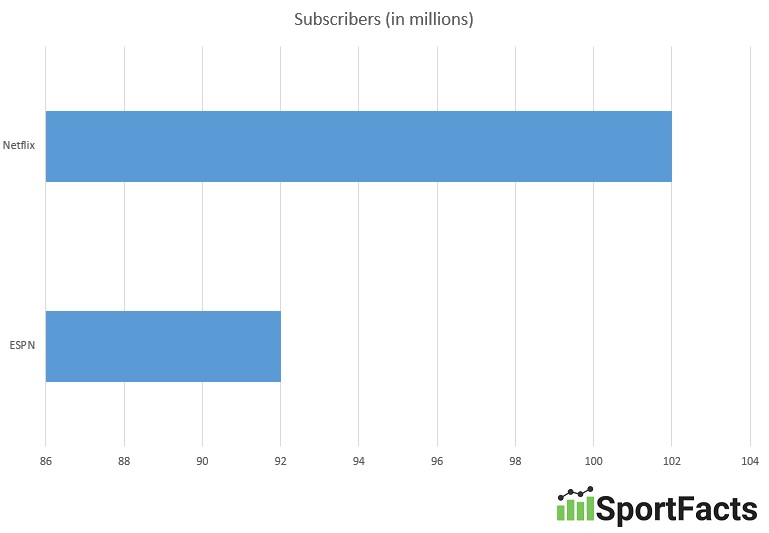 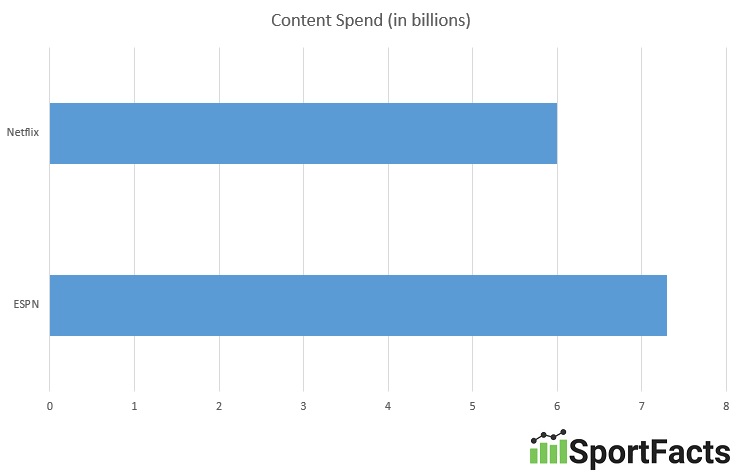 ESPN is doing everything it can right now to stop the bleeding, but with subscribers continuing to drop, many people are complaining that the network is focused a bit too much on the “entertainment” portion of their name. It is also a large percentage of the total spend of each cable package, with upwards of 10% of subscribers’ monthly bill being used to pay for ESPN, quite high for those not interested in sports.

While some users of Netflix have complained over the past few years about some of their favorite shows being pulled from the service, a large portion remain monthly subscribers. Most seem at least happy enough with Netflix’s original shows and remain content enough to keep the subscriber numbers growing by millions of people each year.